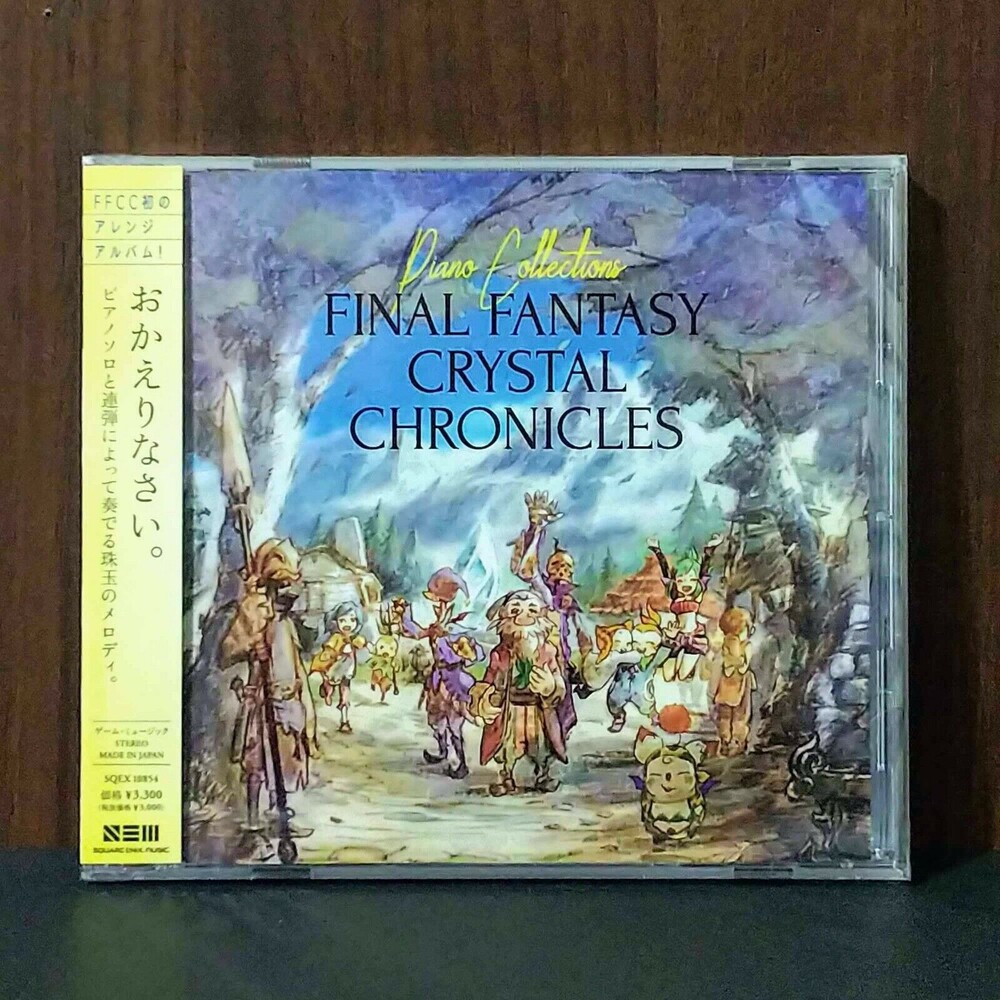 This is the first arrangement album for Final Fantasy Crystal Chronicles, a game that has remained popular since it's release in 2003. The album contains 10 piano arrangements by Kumi Tanioka, the composer in charge of the music for the game, who is also an active pianist. In addition to the theme songs "Kazenone" and "Hoshigetsuya", and one of the most popular dungeon backgrond tracks in the game, "Tabidachi", there is also a boss battle song played in rapid succession, bringing a new dimension to the music.