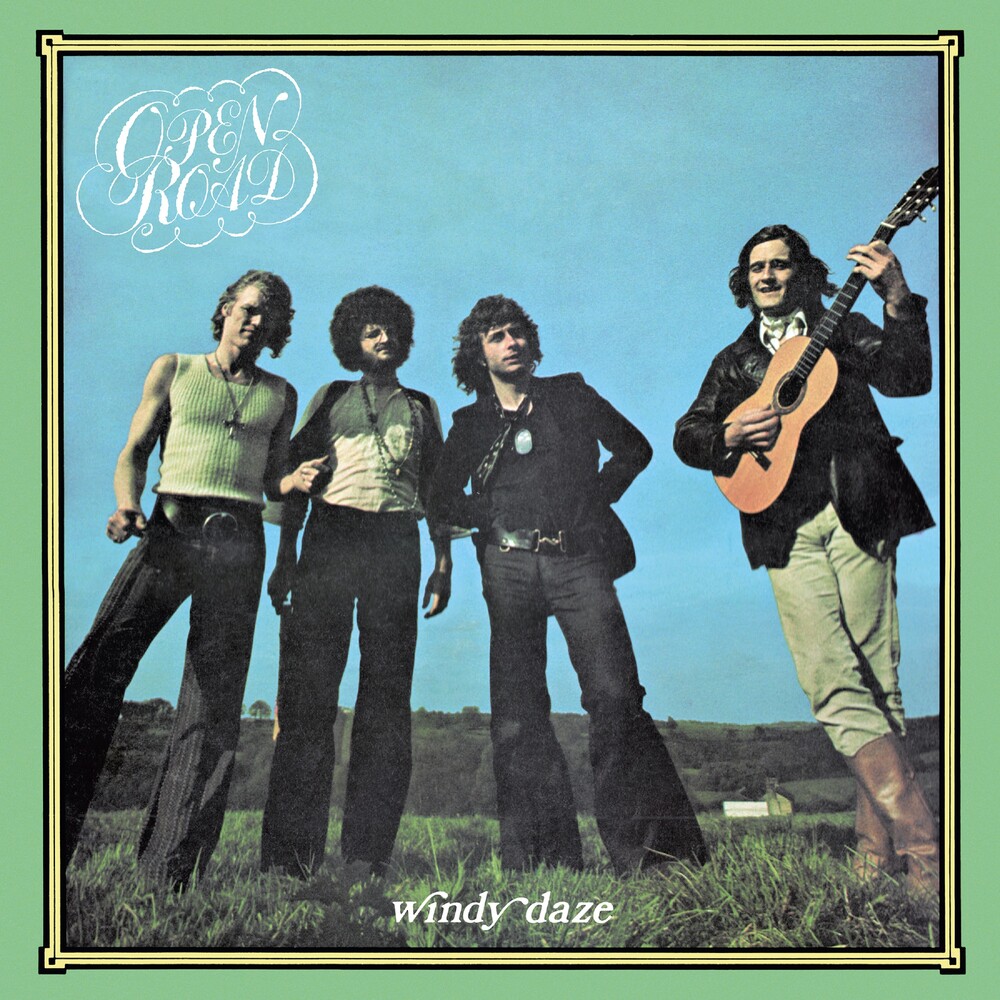 Esoteric Recordings are pleased to announce the release of a newly re-mastered and expanded edition of the classic and highly regarded album Windy Daze by OPEN ROAD. The band was formed by drummer John Carr and bassist / guitarist Mike Thomson in 1970. Both Carr and Thomson had been part of Donovan's band for his 1970 album Open Road (Donovan's first album to be recorded after he had split with producer Mickie Most). Upon the completion of sessions Donovan undertook some live concerts with his new band, which he named Open Road. After performing some concerts in Europe, Donovan and Open Road performed at the legendary 1970 Isle of Wight festival before Donovan parted company with his band. Carr and Thomson began to perform as Open Road recruiting Simon Lanzon on keyboards and guitarist Barry Husband. Open Road were the first progressive group to sign with the newly formed Greenwich Gramophone label (a subsidiary of Chapter 1 Records) and they entered Olympic Studios in April 1971 to begin work on their only album; WINDY DAZE. Produced by Tony Reeves (bassist with Colosseum and later Greenslade), the album was completed at Morgan Studios in London and was a fine record which fused both folk and progressive influences and received critical praise. A follow up single, Swamp Fever b/w Lost and Found was released in February 1972, and Open Road entered Olympic Studios to record a second album with engineer Vic Smith (later better known as producer Vic Coppersmith Heaven). Entitled THE OPEN ROAD, the album was designated a catalogue number by Greenwich Gramphone but for reasons now unclear failed to gain a release and the group disbanded. Original LP copies of WINDY DAZE remain hugely sought after by collectors of the progressive genre. This Esoteric Recordings edition has been newly re-mastered from recently discovered first generation original master tapes and has been expanded to a two-disc set include the band's 1972 single and their unreleased second album. The release also features an illustrated booklet with a new essay.
back to top