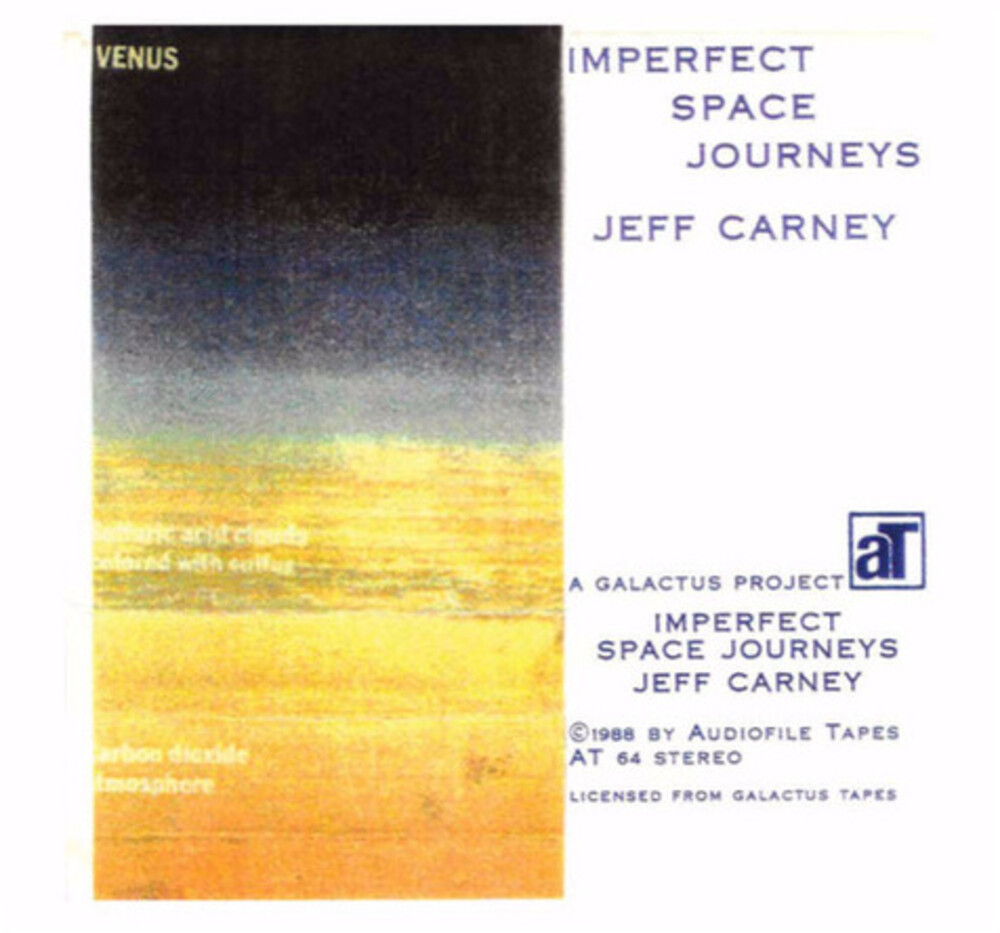 Immediately engaging & all recorded live without overdubs. An analogue e-music roller-coaster ride. Hop on if you dare!" -ErocFinally available on vinyl, this underground masterwork of analog electronic music pushed the envelope of melodic synth freakouts to unimaginable edges and undreamt of realms of space. Recorded live on the spot without overdubs, Jeff Carney's 'Imperfect Space Journeys" (ISJ) has become a highly prized collectible amongst "Berlin School" fanatics still soaking in the '70s sounds of Klaus Schulze, Ashra and Tangerine Dream, as well as fans of Terry Riley's organ works (Riley is Carney's cousin), and Heldon heads. Originally a cassette-only release, the rare copy appearing on the collector market can exchange hands at three-figure sums even on cassette, making it one of the most sought after treasures of the electronic underground.With a keyboard arsenal more likely to have been assembled in the late seventies, West Coast space music architect Jeff Carney rebelled against prevailing digital trends with analog electronic wizardry, unleashing this statement of purpose on the New York "Audiofile" label in 1988. Designed around the possibilities of live performance, Carney used simple, captivating hooks with which to weave tapestries of electronic texture. His influences on this debut are apparent, but his sounds absolutely unique. Every lead seems to have a tone outside the sounds already explored in the genre. Sound effects give a sense of deep space: perhaps owing their galactic awareness to Gong and Hawkwind, but pushing like a volcano into other realms. 'Imperfect Space Journeys' is a study in minimalist rhythmic structures that enable Carney to decorate with cosmic colors and wild effects collages, while also tending to be highly melodic. 'Noise' is used as a means to create images of spaceships passing in the deepest of space skies. Tension and release are used for maximum impact. But there is also plenty of sonic ear candy. Melodic lines that you'll find yourself wanting to revisit again and again!Source for this reissue: 24bit/96kHz transfers taken from the original analog tapes. This deluxe reissue of ISJ includes three bonus tracks not included on the original cassette release. Comes with an eight-page color LP-sized insert booklet. Limited to 500x copies worldwide.Carney recorded 'Imperfect Space Journeys' at 20 years old. He would soon produce works in which his skills were further honed and his unique sonic paintings took an even more exploratory shape, but ISJ is the beginning of the story. It is where the "journey" begins.