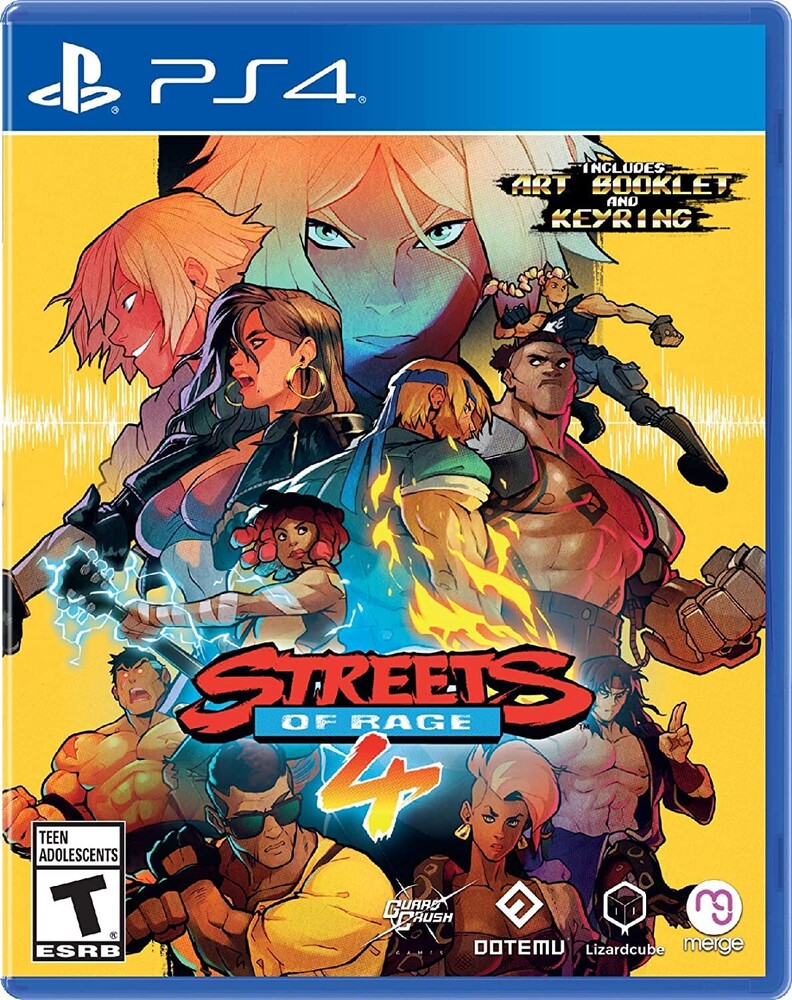 Streets of Rage 4 for PlayStation 4
Format: Game
New: Not in stock
Wish

Streets of Rage, considered One of the best beat 'em up series of all time and after many years, axel and Blaze are finally picking up the fight where they left off. Featuring hand-drawn visuals from the team behind 2017's gorgeous Wonder Boy: the Dragon's Trap remake, streets of Rage 4 builds upon the classic trilogy's gameplay with new mechanics, a fresh story and a gauntlet of dangerous stages with a serious crime problem. Streets of Rage 4 recalls classic gameplay but it stands as an entirely original arcade-style Romp thanks to the expertise of guard crush games and dotemu. Whether players gang up with a friend or clean up the city solo, streets of Rage 4 is a skull-bashing, chicken-chomping delight all set to a thumping soundtrack sure to get your blood pumping.