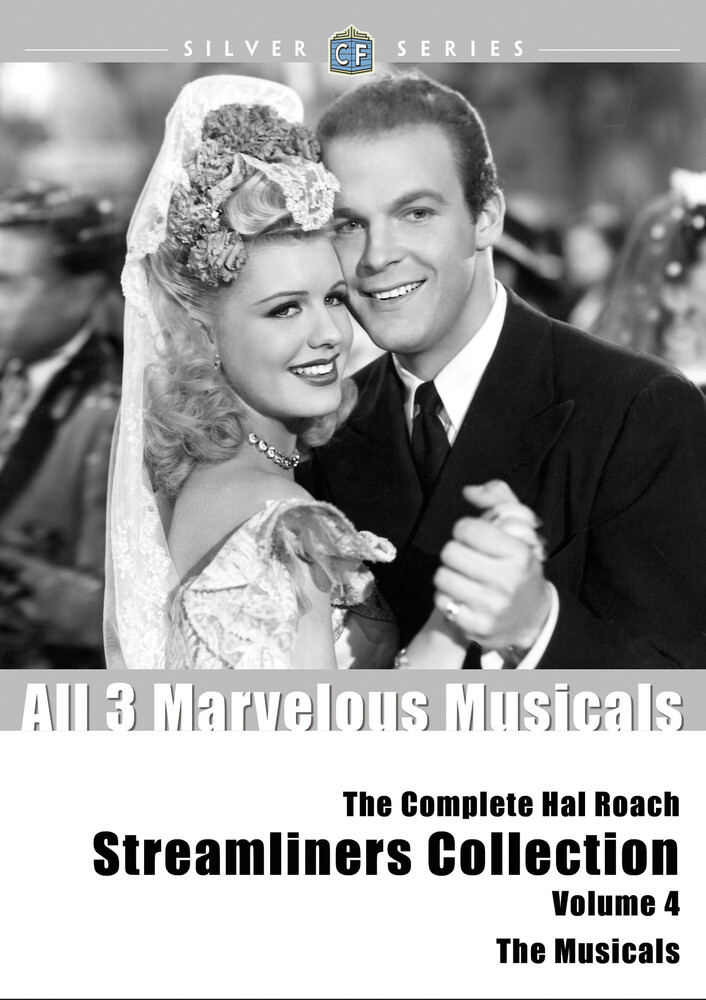 For the first time on home video come all three Hal Roach streamliner musicals in one set-with each film culled from original studio masters!The 1940 Laurel & Hardy comedy A Chump at Oxford was intended to be an experiment for Hal Roach-the man whose studio in Tinseltown was known as the "Lot of Fun" wanted to produce a series of features whose running time would be clocked between an extended two-reeler and a "B" programmer.Labeled "streamliners", two of the first on the production schedule in 1941 were a pair of musicals, All-American Co-Ed and the Technicolor Fiesta, both produced and directed by LeRoy Prinz. The third musical would be released in 1942, Flying with Music, featuring direction by George Archinbaud. Light and frothy, the movies featured the professional sheen long associated with the Roach studio, and two of the films-Co-Ed and Music-even received Academy Award nominations for Best Song and Best Scoring for a Musical Picture!With the services of Hal Roach veteran comedian Harry Langdon and singer Frances Langford, the streamliner musicals also feature such talents as Marjorie Woodworth, Johnny Downs, Noah Beery Jr., Jane Kean, Esther Dale and Alan Hale Jr.All American Co-ed (1941, 49 min.)With their enrollment on the decline, girls college Mar Brynn needs notoriety to promote their school. Their target: the boys in Quinceton College's Zeta fraternity who are publicly tarnished as "least likely to succeed". Out for revenge, Zeta plans to embarrass Mar Brynn by having one of their boys pose as a girl.Fiesta (1941, 44 min.)Jose plans on marrying childhood sweetheart Cholita upon her return from Mexico City, but his hopes are dashed when she returns accompanied by her new beau.Flying with Music (1942, 46 min.)A rich, young socialite plans a trip to the Caribbean in order to meet a handsome, young singer whom she heard on the radio, but has never met.